My mother might think that knives are great for cooking operations only, but you and I know better than that. Otherwise, you would not be concerned with how to open carry a knife without breaking any laws while still staying safe.

If you have done some research before you got here, you should know that certain countries, states, and districts have different laws for open carrying knives, what kind of knives you are allowed to carry openly, and much more.

In this piece, we look at all that concerns taking your knife with you anywhere you go – and how to do it right.

What Is Open Carry Vs Concealed Carry for Knives?

I feel this is a good place for us to start.

Most knives that you can take out have a sheath/ scabbard. These enclosures are either separate from the knife (like the sword sheaths you see in your favorite medieval movies) or built into the knives (like with pocket knives).

When you carry your knife with the sheath/ a part of the knife visible, that is considered open carry. You are alerting anyone that cares to look that you have a knife on your person.

When no part of the knife is obvious, though, that is a concealed carry.

How do you carry a knife in public?

Open carrying of your knife depends on the prevalent laws and regulations in the region where you are. It is safe to check with the local laws before you bring a knife of any kind to public spaces.

There are various open carry laws that I have seen which differ greatly. Some of the common points in these laws include:

For a more comprehensive approach to this question, I have included a resource I found to laws surrounding open carrying knives in different states of the US here. For those who stay outside the US, I have found that the laws are more defined – but you still have to check with the local regulations.

Otherwise, you might be found guilty of a crime that lands you in jail or demands a hefty fine. I don’t want that for any of you here.

Why are Open Carry Laws Dicey?

Open carry laws in some US states are very vague. This leaves a lot of room for interpretation – and I don’t like that from a legal standpoint. It means the person with the better argument – not necessarily better accuracy to the provisions of the law – wins.

For example, Florida laws allow residents to bear arms in self-defense as long as the bearer has no intention of attacking anyone.  If you were to defend yourself with a knife, though, chances are that you would have to use it against the attacker.

How best could that be explained that you carried the knife without the intention of using it?

Likewise, in what situation would it be okay for you to bring the knife out in the first place? (Find the answer here). After all, the law allows even the attacker to sue you if you inflicted injuries on them and they felt they did not warrant such aggressive use of force.

While I love to have a pocket knife handy for basic outdoor tasks that might require them, the self-defense angle is very tricky for me.

Can you Carry a Pocket Knife?

A pocket knife is the recommended kind of knife to open carry. They tend to conform with most of the open carry laws.

However, there are different kinds of pocket knives so be sure which one goes better with the laws in your area.

Likewise, don’t take this answer as a one-size-fits-all. Refer to the resource I linked to above to know if it is possible, and what kinds of knives you can carry.

Can you open carry other knives besides pocket knives?

Most of the US state laws are defined around switchblades and folding knives. This means you can carry other kinds of knives outsides.

However, not all states allow both kinds of knives – while some do.

In Illinois, Indiana, Iowa, Georgia, Florida, and Connecticut for example, you are allowed to carry both knives. Move to Massachusetts, New Jersey, New Mexico, or North Carolina, for example, and carrying those knives concealed could land you in hot waters with the law enforcement.

Even in the areas where other kinds of knives are permitted for open carriage, the blade length and provisions of the laws around them differ slightly.

Can you carry a pocket knife on a plane?

The TSA website states that you are not allowed to carry any sharp objects on your person into the plane and that includes pocket knives. You can check your knives into your main luggage to be transported in the cargo section, but not inside a carry-on.

If you are used to carrying a pocket knife, there is a high chance that you forget to put it inside your bigger luggage and walk through security with it. They will most likely flag the knife and have you put it away.

You don’t want to make this mistake and have it lead to something more serious, though. Always remember to put your knives away before you get on the plane.

Is carrying a pocket knife illegal?

That depends on the state you are located in and the current situation.

Even if you were in a state that supported open carry and your kind of pocket knife, being on a plane in that state is another situation.

The best thing is to obey all jurisdictional laws and provisions on knives depending on wherever you are. When unsure, make sure to approach relevant authorities and ask them. That is better than finding yourself on the wrong side of the law later.

Can you carry a knife for self-defense?

While you can, I will advise against it.

An attorney could turn the case against you and argue that you had the intention of attacking someone with the knife when you carried it. Thus, you have broken some laws in quite a few US states by carrying that knife.

I seriously hope that the laws are updated sometime soon to addresses these legal grey areas better so that carriers can better protect themselves.

Can you bring a pocket knife to school?

And, why would you want to do that?

Maybe your dad gave you that cool swiss army pocket knife that you feel would make your outfit look badass or something. I honestly don’t care. Leave the knife at home when going to school.

You can take it with you when going on a school trip, camping with friends from school, or in any of such outdoor situations. When going to school for just classes, though, leave the knife at home.

If you are confused the first time you read the laws, know that you are not alone. The interesting part is that these laws are almost always changing so make sure to keep abreast of the local laws if you want to have a knife on your person when you step out of the house.

Besides that, though, the resource on this page should do justice to any questions you might have had on how to open carry a knife anywhere. 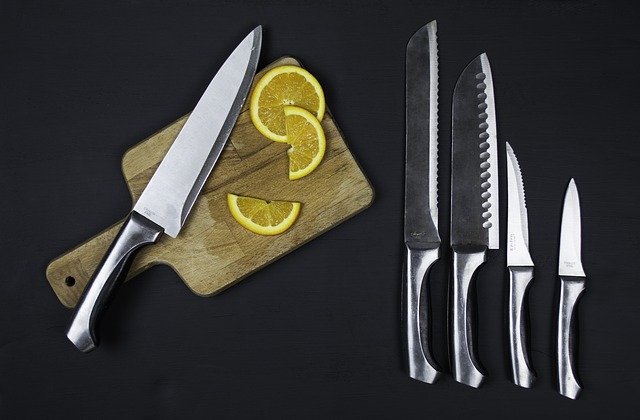 This sounds like a really basic question till you have to buy a knife, especially online. Almost all knife-buying guides come with dimensions and whatnot, so you see the length of what you’re about to get. But, does the knife length include the handle? The standard knife length is measured from the tip of the… 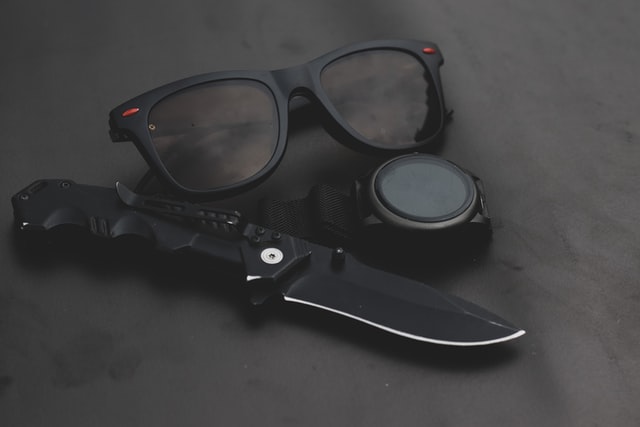