You might not think you would be here today, wondering how to pick a lock with a knife.

Some of us have been there before.

For me, it was from closing a door behind me in a new apartment. It happened to be one of those doors that would bolt themselves on closing, even without using the key. So, it could only be opened from the inside – or with a key from the outside.

For you, it could be that you lost the key on the way back home. It might even be that you got home before the rest of the family to surprise them, only to find out that they are out of town.

No matter which is it, this is the piece to show you everything you need to open a locked door when a knife is your best bet.

Before you Open a Locked Door with a Knife

I believe some of the things that I am about to say here are common knowledge, but I have to say them anyway.

If you will be picking a lock with a knife by applying any method that I will suggest in this piece, you agree that:

You are not breaking in

I don’t need to tell you how important this is.

Breaking and entering is a serious crime in all of the countries that I can think of right now.

This guide is genuinely for those who, for one reason or the other, can’t find their keys and need to get into locked places. This could be their house, a store, or something else of the sort.

It is the last resort

Knives are not the best lockpicking tool. That is why professional lock pickers, for whatever reason they do it, have a lock pick set that they can trust.

So, why am I writing about it?

Sometimes, you don’t have many other options available. Then you reach into your pocket and you see that you are carrying your folding knife with you. In that instance, half a loaf is truly better than none.

Only after exhausting every other option in mind – from looking for/ waiting for the key to having the locks changed – do I recommend going with this method.

You can get success with some locks more than others.

For example, I reckon that you can use a knife to unlock some basic padlock systems. That might not be as challenging as getting into a deadbolt, your car lock, or any other secure locking mechanism.

PS Don’t try magnetic, smart security locks and related locks at all. If you don’t have the combination to those, you won’t be able to pick them with a knife. You are better off waiting for someone with access.

Have the right knife

The common saying is to never bring a knife to a gunfight. In this case, you should also know the kind of knife to bring.

As you will come to find out soon, the techniques to open a locked door with a knife require that the knife makes it to the back, so that it hits the locking mechanism. That won’t be possible with a big knife, for example.

Thus, go for a putty/ butter knife, or some folding/ pocket knives on the small side.

Steps to Pick a Lock with a Knife

There is no one-size-fits-all technique here, depending on what kind of lock you have, the knife, and your dexterity.

Thus, I have developed multiple approaches to help out.

For the best success, I will suggest that you test these out before you ever truly need to open any door with a knife. That way, you master which works best for you in case you ever get caught up in such a situation.

Enough talk. Let’s get to it already.

You don’t have a tension wrench, neither do you have a lock pick.

The idea behind this technique is to make the knife do the work of both the tension wrench and lock pick at the same time. That will not be easy, but we should be able to pull it off with some improvisation.

Pro Tip: varying the applied pressure is key if you don’t get it done right the first time. However, note that you only need minimal pressure to make this work, so don’t sweat it.

I have played around with my door a lot, especially when I was little. Enough to know that even when the door is not locked, you could turn the key to release that latch that secures the door.

That is the functionality that we are about to take advantage of here.

I should mention that this will only work on doors with a single, slanted latch. If your door has more than one latches (as shown above), or they are all full latches, your chances are going dangerously close to zero.

The other methods so far have described how to pick a lock that has a keyhole. When you are dealing with push-button locks, though, that is not the case.

You are not without help, either. Try these steps:

Some people recommend that you can do this with a credit card too. Depending on how strong the door lock is, a credit card may or may not work, and could get damaged. A knife, on the other hand, is a low-cost alternative that you can use for picking the lock.

There is a reason why the tension wrench and the other lock picking tools that accompany it are used for this kind of locks.

They are simply too sensitive to react to bigger knives, and even smaller knives will have a hard time with them.

To enjoy success here is to have a knife that is filed down to the barest size so that it can fit in. That does not sound like something you would have around.

Fortunately, with a Swiss Army Knife (I like this one on Amazon), you can try some parts to get this working:

Method #5 – Knife Plus Other Tools

How are you supposed to get other tools when you are not even inside the house?

When working with this model, be careful to not hurt your hands. Between the fast-jerking movement to bring the bobby pin/ paperclip/ other metal material out and still keeping the knife tensioned below, you could easily hit the edge of the knife.

Should you pick a lock with a knife?

When there is no other suitable alternative, then yes, you can pick a lock with a knife.

Should there be options for you to pursue, though, it would be best to see what they hold for you first.

If you are someone who loses their keys a lot, try keeping a spare with someone that you trust. You might also invest in a lock pick set, just for the sake of it. Make sure you can explain that to law enforcement officers, if need be, though.

Maybe you saw it done once in a movie, or someone did it right in front of you. No matter which it is, learning how to pick a lock with a knife is a fine skill to have.

You might not ever need it, but it is better to have it and not need it than to need it and not have it.

Get practicing today – or master any of these methods for whenever you find yourself in a tight spot where you have only a knife and a locked door in front of you. 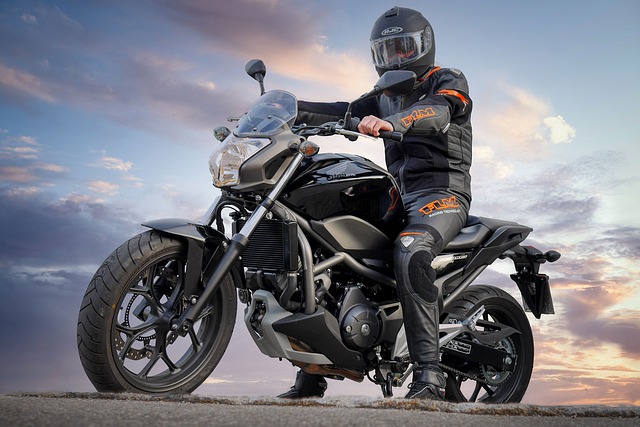 From the first time I started following knives – outside of the kitchen, of course – I have discovered different kinds of people who EDC their knives for different reasons. Of these, I have been able to justify why you could need a knife when running, carry a knife for camping or take a knife… The swiss army knives that we see around today could have easily come to be known by another name, only if the American soldiers who were resisting German troops back then could have pronounced the real names. Dubbed “Schweizer Offiziersmesser” (or “Sackmesser,” depending on who you ask), you can also see why they had to… We all love our stainless steel knives – till they get dull or start showing signs of rust. In the case your knife blade was going dull, you know what to do already. But what do you do when rust starts showing its ugly face on your premium knife blade? In this piece, I’ll be…