Many of us might never need to know how to sterilize a knife. After all, that is the stuff of surgeons and medical practitioners alone, right? Wrong.

There are a series of reasons why you need to know how to disinfect your knives by yourself. Whether a kitchen knife or pocket knife, you might be caught in a situation where you have to cut yourself, pierce an area of the body or perform similar tasks.

In those cases, you would be happy that you read this guide and learned how to effectively sterilize a knife at home, in the woods, or anywhere else you find yourself.

Different Ways to Sterilize and Disinfect Your Knives

Depending on where you find yourself, here are different ways to sterilize the knife safely:

I start with this because it is the easiest, most straightforward, and most practical way to sterilize your knives.

Simply place the knife in a pot of boiling water and leave it in there for about 5-10 minutes. Some other guides recommend leaving the knife for up to 20 minutes but that could be damaging to the knife steel.

This method relies on having the tools to boil water at hand and keeping the water boiling for the duration of the sterilization too. The heat generated by the boiling water should drive off the bacteria on the body of the blade.

Always remember to not touch the knife blade with your bare hands immediately after this procedure. For knives with stainless steel or other metallic handles, use a cloth/ other non-conducting material to hold the knife after leaving it in boiling water.

Word of caution: Dunk only the blade into the boiling water, not the entire thing. Doing the latter could weaken the handles, cause water to get into the knife’s tang, and the early onset of knife rust. Among other damages to your knife, that is.

#2 Wipe down with rubbing alcohol

See that I did not ask you to soak the knife in rubbing alcohol?

Mild exposure to rubbing alcohol (isopropyl alcohol is preferred) is not bad for steel but continued exposure could be bad for the material.

Already, rubbing alcohol kills bacteria on contact, not elongated exposure. So, I don’t see why you would have to subject a knife to possible damage here.

I have also heard cases of people using rubbing alcohol on their food knives. While that might work, I am not a fan of using chemical agents to clean food knives, so I would rather stick with dishwashing soap here. If you must use alcohol on food prep knives, go for alcoholic beverages that are safe for human consumption.

That said, be careful not to get the rubbing alcohol on your knife handles. Some knife handles and scales, such as the ones on legacy Swiss Army Knives, are made of a cellidor plastic material that will degrade under the influence of alcohol (pun intended).

Extra Tip: you can buy and carry rubbing alcohol wipes to minimize the risks of using a cloth that’s not clean. And they are just very handy too.

#3 Sterilize over an open flame

If you were cauterizing a wound, for example, sterilizing the knife over an open flame is a great idea. It also works in other outdoor scenarios where you just want the blade to be rid of bacteria.

The process is as it sounds: leave the knife blade over an open flame, preferably in direct contact with the fire itself.

Depending on the intensity of the fire, the knife can be left there from a few minutes to several minutes. As discussed with the boiling water, make sure you never handle the knife with your bare hands after this.

Now, if you were wondering if this could destroy your knife, it won’t. To ruin the composition of the knife with heat is to raise the temperature of the knife above its heat-treatment temperature. That is something that you would achieve in a furnace or oven, not a small open fire like you are using.

Of course, you don’t want alternate heating and cooling of the knife blade either as this could mess up the grain stricture. Again, for your needs, you don’t have to worry about all that.

Pro Tip: The knife’s edge heats up the fastest, so don’t leave it in the fire for too long. Pass the flame over the knife back and forth to achieve uniform heating in different directions.

#4 Get some bleach in there

Chlorine (the main component in bleach) is great at killing germs. You have to take care too since chlorine can be equally as poisonous in the right (or wrong?) quantities.

If you are at home, household bleach contains just about 3% of chlorine (and maybe as high as 6%) which is relatively safe. Put some of the bleach on a clean, soft cloth and wipe down the knife’s blade with it.

You might want to finish off the process with another clean, damp cloth that doesn’t have bleach in it, just to be extra sure. I would not use this knife for food prep if I were you unless I got the bleach off another way before taking it close to my food.

Word of Caution: While bleach is a good sterilizer for your knives, it will stain some stainless steel and surely stain high carbon stainless steel. Know your knife core steel so you can avoid such situations.

#5 Use soap and water

Honestly, this works too.

We often disregard this method in the search for other perfect approaches because we are so used to it and think that it probably doesn’t work as well. That would be wrong.

Choose a good dishwashing soap for your knife blade and rinse it off under running, warm water. There is nothing against cold water if that is what you have but warm water works better in these cases.

Granted, how careful you are during the washing process could determine how well you get rid of the bacteria and fungi on the knife. You might also not be able to get into all the small notches, serrations, and grooves on the blade, whether you see them or not.

If you’re going for food prep alone and not some first aid operations, using soap and water alone should get the job done.

How Often Should You Sterilize Your Knives?

Unless you use your knives in medical capacities, I don’t see the need to sterilize them every time. You are just fine with the basic knife washing and cleaning practices and you are good to go.

Every once in a while, though, it doesn’t hurt to ensure you are not harboring any build-up of bacteria on the blade. In those cases, go through the above list to find the method which best applies to you.

For some frequently asked questions about sanitizing, disinfecting, and cleaning your knives, check the heading below.

Can you sterilize a knife with hand sanitizers?

Hand sanitizers are usually alcohol-based, and the good ones are designed to disinfect your hands of germs, bacteria, fungi, and mold, among other things. Since you can use your hands to pick up food after sanitizing it, I believe that they are food-safe.

See where I’m going with this?

So, you can sanitize your knives with your hand sanitizers too.

How does boiling water sterilize a knife?

The microbes that you are concerned about do not do well with heat so boiling water kills them off. The boiling process first kills the germs that are present in the water, then adds all germs present on material submerged within it into the mix.

Can all knives be sterilized?

If the knife is extremely dirty or has rust on it, you cannot sterilize it.

The first thing you want to do is clean your knife effectively or remove the rust on the blade. Otherwise, throw that knife away and go for another one instead. 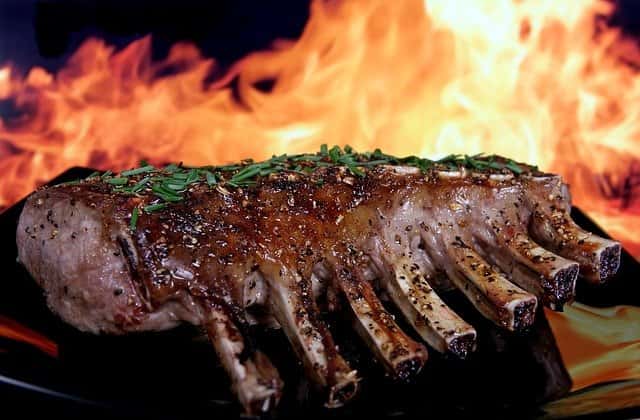 If you host a barbecue and you don’t invite me, I would assume that you hated me – and I would be right. That said, one of the things that makes me happy at any good BBQ spot is the choice of tools that the pitmaster chooses to go with. As a lover of knives,… When I discussed using a knife for self-defense, you’ll observe that the only two motions I recommended were stabbing and slashing. Never throwing the knives. This begs the question of whether or not you should throw knives – and just how efficient that is. So, to look at this from the extreme, can knife throwing…

Electric knives are fast gaining ground and they could soon become a staple in most kitchens. While most manufacturers are just getting in on the niche, others already have an impressive list of products. I believe that these products still need a lot of work and could be better in some years to come. Before… 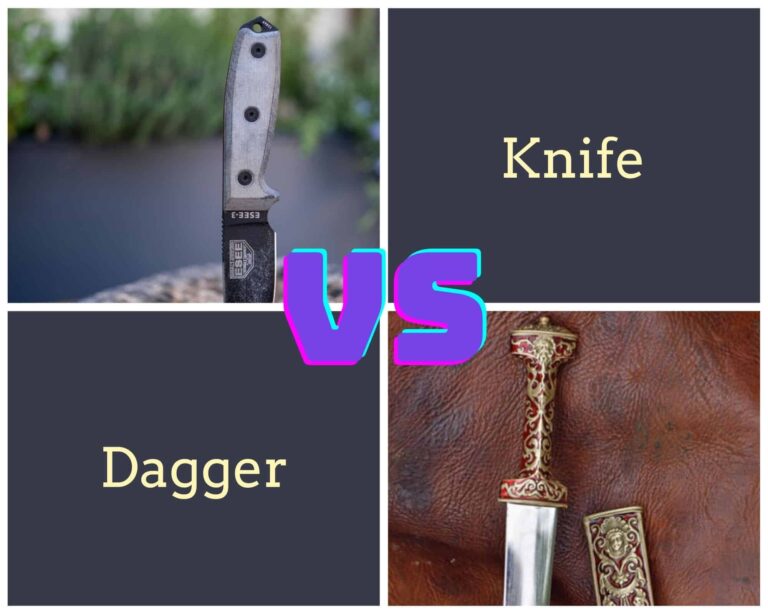 In the world of sharp objects, the dagger and the knife are some mainstay citizens. There is always the debate of what makes a dagger, if it is a type of knife is and when a dagger starts becoming a knife or vice versa. Here, in this piece, is the dagger vs knife showdown that…