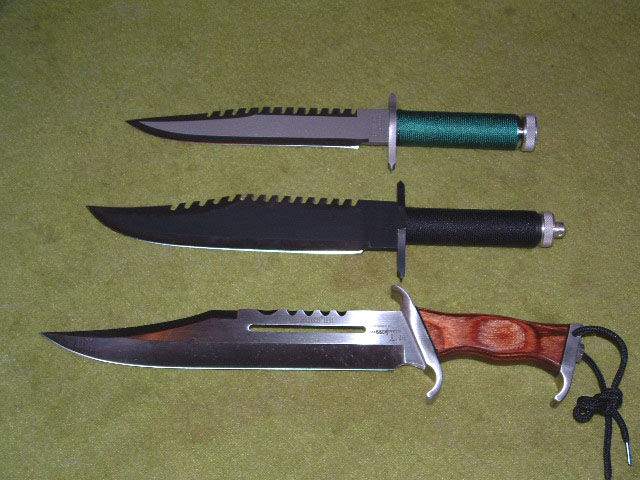 For those of us that have seen the Rambo movies, those notches on the back of his knife look cool. Those movies were made a long time ago now but I have started seeing a lot of these tacticool knives around with notches.

So, what do the notches on the back of these knives stand for, and do you need to consider them when choosing a tactical or EDC knife?

Read on to find out more about notches on knives.

Besides the aesthetics, there are some other reasons why manufacturers would put these notches on their knives. When buying a knife with this design, it could be there for one or more of the following reasons:

#1 To be used as a wire-cutter

Some notches (such as the one on the John Rambo knife) can be used to cut wires and get through wire fences.

Take one of the wires on the fence between any two notches and twist till it snaps.

It would seem that this design came from the wartime era and seeing as Rambo also served in Vietnam, I can understand why he would have been given to such a knife.

If you don’t cut many wire fences, you might not need this kind of knife. Or maybe you need it for any of the other reasons below.

I don’t want to get far down into the piece before I remember saying this.

Sometimes, we see some features on knives that are only there to make the knife look better.

Now, this is a little tricky here since these notches mean we have less than full metal on the knife’s body. That makes it less strong and tougher than a knife without notches.

So, while it does look cool, it could mean that you are trading some of your knife functionality for it.

#3 A trick to save some steel

The manufacturer sometimes says one thing but they mean another.

If you think about it, the brands making these knives get to save some steel off those notches, depending on how big. The steel saving might look small but combine that over hundreds of knives made, and they get to make an extra knife from all that extra streel sometimes.

I don’t want to believe this to be the primary reason behind the decision for some manufacturers, but it is up there with the list of possible reasons also.

Some of the notches on the back of knives look scary enough. But looks are not all there is about them. I would also imagine that if they were used in some military or fighting capacity, the knives would deliver a lot of damage going in and still do serious damage when coming back out.

That’s one way to ensure the enemies and attackers are put on the back foot fast enough.

#5 Could be the jimping too

When discussing the parts of a knife, the jimping was one of those parts that I talked about.

Many people don’t notice this one and do not seem to care about it, but it helps in heavy-cutting operations.

A jimping is only located near the base of the knife’s spine where it starts to meet the handle. Especially for users with bigger thumbs, this part of the knife allows you to press down with your thumb when using the knife to generate more force.

Of course, you could do that with only the bare spine on knives that don’t have this feature. The way it is built and set up, though, you get more grip with the jimping and fewer chances of hurting yourself when pressing down on anything with your knife.

If the manufacturer wanted to pack a lot of functionality into a tactical knife without wanting it too heavy, they could as well take off some parts of the steel in form of notches.

Of course, they make up for it by stiffening the bevels of the blade and making use of tough steel in the overall build.

If you have Bushcraft knives, take knives with you when camping or go hiking with your knives, you know that you want a knife that isn’t flimsy but doesn’t weigh too much either. Having one of those notches in there could be the trade-off you have to make.

Can You Use A Knife Without the Notches?

None of my knives – kitchen use or otherwise – come with a notch, and they’ve been my go-to blades for anywhere from a few months to years now.

I didn’t grow up around any of these knives with notches in them. I only started seeing them with others first before I went in for a look of my own.

So, to answer your question, you can use a knife that doesn’t come with notches. Some will even buy these knives and never use those notches for what they are meant for. It is for those people that the notches hold the aesthetic appeal which I was talking about earlier.

If you know that you want it on your blade and it doesn’t compromise the use/ quality of the knife, go for it. For those who have no use for those notches and would prefer to have their traditional knife designs, though, you shouldn’t be missing out on anything either.

As an aside, you might also want to check out why some knife blades have holes (like Spyderco knives are known to) and whether you should care about picking up a similar blade next time. 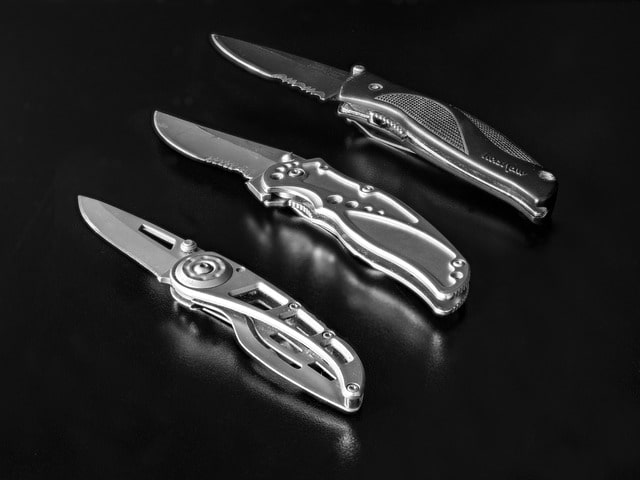 Is this your first EDC? I am genuinely happy for you. If you have gone through some buying guides before you got here, though, you already know that pocket knives can have varying prices. So, how much is a pocket knife supposed to cost? A good pocket knife costs between $50 – $70, especially for… You would think that the name is supposed to say it all, but that is not the case with gentlemen’s knives. Also known as gentlemen pocket knives, what are they – and why should you care in the first place? A gentleman’s knife is an uncomplicated, sleek blade that can be discreetly carried as an… If you’ve ever done some research into sharpening your knives well so that they come out the best versions of themselves again, chances are you have come across the word ‘burr’ more times than you care to remember. It seems that everywhere you turn, someone is mentioning it as part of their knife sharpening checks…