Like most impressive things, the Bowie knife was inspired by a moment in history and has continued to make its mark when it features. There is a high chance that you don’t see a lot of these knives around, and for good reason. When you do see them, though, they pique your curiosity enough to ask:

What is a bowie knife anyway, and why do I need to care about this strange-looking object?

The bowie knife is a special kind of close-combat fighting knife that was made popular by James Bowie. The knife features as a variant of the butcher’s knife, also bearing some similarities to the dagger at some point. Designed to inflict maximum damage, the Bowie knife is one of the most functional survival and tactical gear to come out of the 19th Century.

What is considered a Bowie Knife?

There are many reasons as to why the Bowie knife is a controversial piece of blade that might need help identifying.

When Jim Bowie won a duel in Mississippi using this kind of knife, it was named after him. That gave the knife a little bit of American history. However, it is believed that there is some Spanish inspiration behind the design of the knife in the first place.

At the same time, manufacturers are known to put their spin on things. That was probably the most confusing thing for me. When I would see some bowie knives with a hilt, others would come without this feature, among other things.

After careful consideration of several different bowie knives of different designs, here are some things that you can be sure about:

What are Bowie Knives used for?

Going by the first use of the knife, trickling down into what came of it after that and how the knife is being used today, I found the following use cases where they would slot in perfectly:

What the bowie knife is not good for, though, are kitchen duties. If you want kitchen knives, look here instead.

Are Bowie Knives Legal to Carry?

The knife open carry laws that I discussed here did not say much about where bowie knives are classed.

Simply looking at a knife of this build and strength, though, you should know that it might be controversial in the eyes of the law.

The bowie knife is legal to buy, own and use in many parts of the US and other parts of the world, but the laws restrict how they can be openly carried. For example, Bowie knives with blades under 5.5 inches long can be carried anywhere in Texas – while those with longer blades can only be openly carried outside restricted locations (such as schools, courthouses, places of worship, etc).

In Louisiana and Virginia, you can buy and own the Bowie knife without any repercussions from the law. However, you are not allowed to carry the knife concealed as that would be against the law. This is almost the same situation in Mississippi where the knife must never be carried as a concealed weapon.

Tennessee has restricted the concealed carry of the bowie knife for any reason and banned its use in any kind of situation. In other words, even if you were using the knife for self-defense, you would still be breaking the law there.

Other state laws follow these above quite closely. Where possible, check with the local laws – and even when legal, check to see what restrictions are around the legality of the bowie knives there.

Overall, it is no hassle to own this knife in most states. The question of their legality comes into view when you start carrying them around, or for your intentions. You can find more details about other states here.

Are Bowie Knives Good for self-defense?

I believe that the entire point of this knife was for self-defense. In the first recorded use of the knife, James Bowie was able to overcome enemies with the aid of the bowie knife alone even though he had been beaten, shot, and stabbed too. This establishes the knife as one of the very best self-defense tools to have.

That said, there is another question to answer:

Should you use the bowie knives for self-defense?

I think not. If you have followed the above section – where I discussed the legality of this knife in different states – you know why that is such a bad idea. The last thing you need is for a lawyer to tell the court that your carrying of such a knife meant you were premeditating some aggression. Trust me, seeing this knife, that argument would not be hard to believe.

If you must carry any knife for self-defense, go here for the best and safest choices.

Buck vs Bowie Knife: What Gives?

The buck knife – not the company, but the hunting knife – usually comes close to the bowie knife for several reasons.

They are both big blades, and they are both highly functional tools. But can they do the same things? Even if they could, are they evenly matched?

The Buck 119 knife is usually considered by some to be a Bowie knife. I can see where they are coming from, given that this buck knife does take some design elements from the Bowie.

However, you should know that the Buck 119 is still legal in Alamo as of the time of this writing. Why does this matter? Well, the bowie knives are illegal in the state, so, the Buck 119 would have gotten the same ban too if it were a bowie.

You probably came here wondering just one thing: what is a bowie knife?

Now, you are leaving with the info of not only what a bowie knife is, but how they came to be, what they are best used for, and how legal they are in different parts.

At this point, you should have already become a mini-authority on bowie knives and what they bring to the table for you.

If you have any more questions, you can always ask in the comments. For now, though, don’t forget to share this with a friend who wants to learn about bowie knives too. 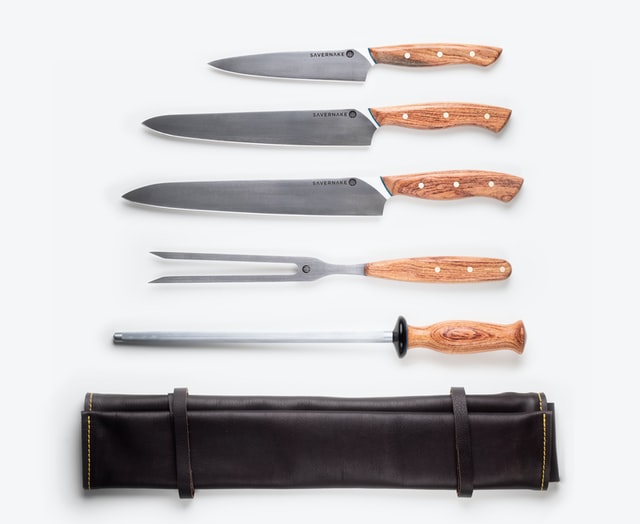 Sometimes ago, we looked at whether or not knife sets are worth it at all. In that piece, I gave arguments for why you should go with knife sets and reasons why you might be better off buying knives individually. If you haven’t seen it yet and you are still conflicted on whether or not… One of the most important pieces of gear that the army packs is a knife. So important are knives for the military that we have the swiss army knives – a set of foldable multitool blades that were specifically designed for the army. Crossing the border into the US, different parts of the armed forces… 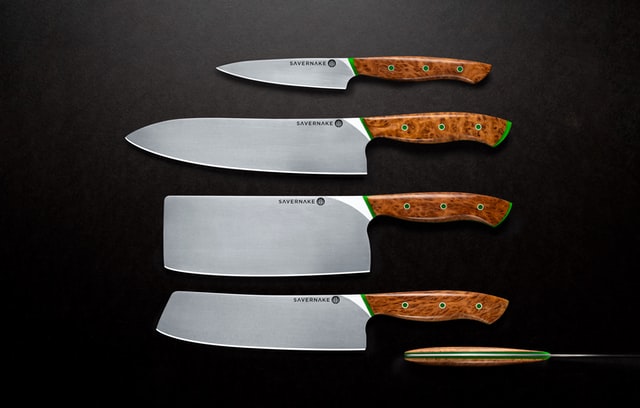 Knife sets are one of the best ways to get all of the knives that you need at once. Instead of picking out each knife as you go, knife sets can give you the peace of mind of getting all that you need from a premium manufacturer in the same place. But, are they all… 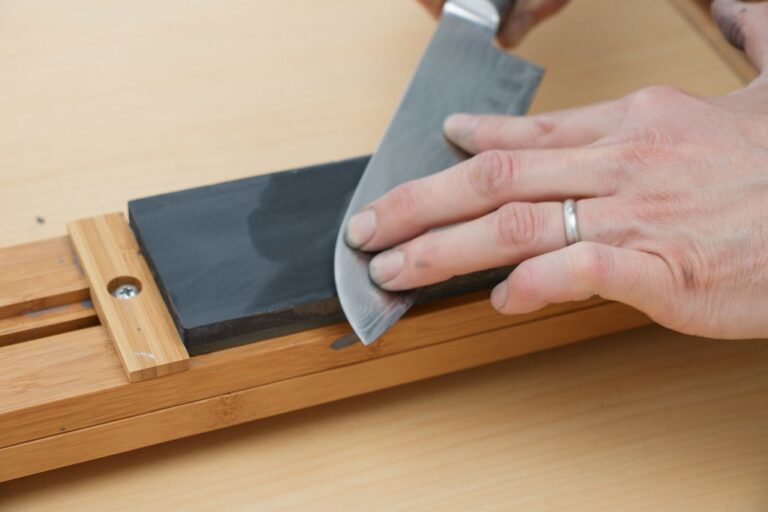